THE TALE OF MR. WHISKERS THE NIESEN FOX 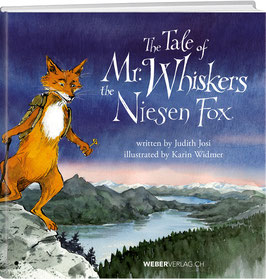 The Tale of Mr. Whiskers the Niesen Fox

This is a tale about a long-whiskered, bushy-tailed fox, called Mr. Whiskers. His home is a hole under the roots of an old fir tree on Mount Niesen. His job is to turn on the light with a key at the tippety, tippety top of his mountain, where it can be seen from near and far. Then one day, he can’t find the key...

This story is based on a real fox that lived on the Niesen for many years. Maybe he still lives there to this day, we don’t know. He used to appear outside the restaurant regularly, when the tourists had left. It became a habit to leave some food outside the door of the restaurant in the evening. By morning it was always eaten up. The other animals in this story also exist on the Niesen, and their imaginary homes are in the children’s playground, the Niesen village (“Niesedörfli”), which is high up at the top of this mountain.

Judith Josi’s story combines an imaginary world with the real animal world of the Niesen and the children’s play village at the top of this well-known mountain in the Bernese Oberland. The 40 pages are magically illustrated by Karin Widmer. 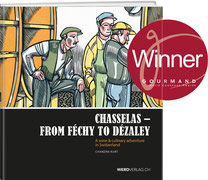